In 1928 Carl Miller, Sr., an electrical engineer fresh out of Kansas State College, was working for General Electric, leading tours of the appliance factory in Schenectady, New York. In the audience one day were the O'Bannon brothers, Sid and Pat, of Little Rock, who had been awarded the GE appliance distributorship in Arkansas. The O'Bannons were so impressed with this young engineer that they persuaded him to move to Little Rock to help pioneer the Arkansas GE appliance market by launching dealerships in the state. They set up shop in the Terminal Warehouse building (now the home of the Discovery Museum) in downtown Little Rock.
Miller had witnessed the growth of the appliance business during his time traveling the state of Arkansas demonstrating the wonders of new GE products like ovens and refrigerators. He'd also seen how electricity was reaching every part of the state, and he sensed broader changes on the horizon: Electricity would not only light up the entire country but would bring another revolution in living conditions by making refrigeration and air-conditioning available to everyone. Realizing the appliance business was reaching maturity, he proposed to his partners that he would open a new business distributing supplies for this new market. They agreed, and Miller set up the business next door: Refrigeration Supply Co. During World War II, as industry was mobilized to produce war materials, his partners' appliance business stagnated. Miller's refrigeration business thrived though, because refrigeration and supplies were crucial to protect the country's food supply and consequently were spared restrictions by the government. Miller's foresight carried the company through the war, and in 1946, Miller and the O’Bannons, having outgrown their space, built a new headquarters at 1210 E. Sixth Street, one of the first new buildings in Little Rock to be constructed after the war. The company’s name was changed to Refrigeration and Electric Supply Company.
The year 1949 brought setbacks, as fire destroyed the building, and later, one of the O’Bannons died, dissolving the partnership. Miller decided to strike out on his own, offering one of his coworkers a partnership in the newly independent Refrigeration and Electric Supply Company (R&E Supply). Miller moved R&E to 1509 Louisiana Street, which had been slated to be a dealership for the Tucker car company before it went bankrupt. Meanwhile, the O’Bannons, unhappy at losing Miller, persuaded his partner to return to them, and Miller was left as the sole owner. Newly independent, R&E was faced with the challenges of securing financing to run the new business and of continuing its relationships as the distributor for major suppliers like Honeywell, Copeland and Sporlan Valve. Miller borrowed against his life-insurance policies to provide capital, and it turned out that the big suppliers were eager to continue working with Miller, who had proven himself over the years to be the strongest and most knowledgeable sales engineer in the Little Rock wholesale refrigeration market. This trust was also extended by customers, who loyally stayed with R&E during the transition.
As the business grew and prospered under Miller's firm hand, it soon outgrew the space on Louisiana Street, and Miller had a new building built in 1955 at 1222 Spring Street, which still serves as R&E's headquarters today. R&E has continued to grow, expanding throughout Arkansas with its first branch outside Little Rock opening in Pine Bluff in 1971. Since then, under the watchful eyes of Miller's sons, Bill and Carl Jr. (retired), R&E has established branches in Hot Springs, Russellville, Conway, Searcy , and Fort Smith, and continues to be Arkansas's leading wholesale source for the refrigeration, heating and air-conditioning service industry. 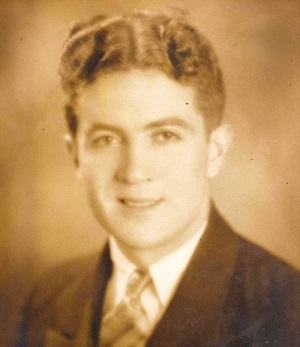 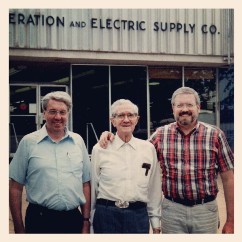